30drop is releasing a new album in Koryu Budo Records. It will be released in vinyl and digital next 28th September.

Click on the image below for pre-sale and full info: 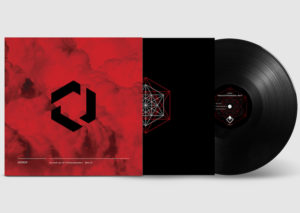 Our new slice of wax comes this time from outer space made somewhere between unknown galaxies and black holes. The spaceship’s pilot is 30drop, a mysterious alias that has been running its platform 30D for a long while now and is not often seen outside its realm. So it’s an honor for us to have 30drop onboard.

For this special occasion 30drop provides six cuts of futuristic techno but with a ravey approach in a time backspin that brings us back to the 90’s via Sci-Fi, reminding in some way of the early UR records, when Mad Mike and Jeff Mills worked together on the soundtrack of the future.

This is our first mini LP with 3 cuts per side. The first cut is Brain reset, the short drone intro soon leads to a relentless groove made of repetitive sequences over a fast groove. Intense and obsessive.