30drop is releasing his 4th long album and 2nd on the Jeff Mills label Axis Records. 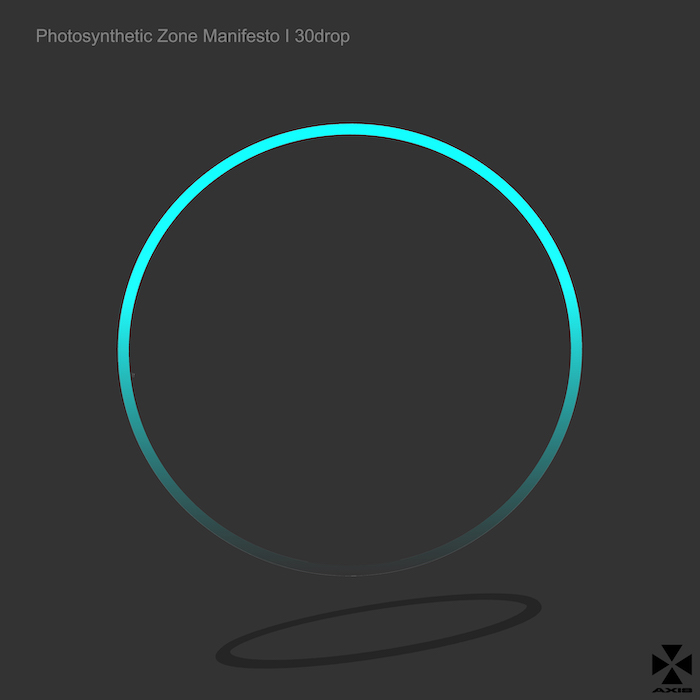 30drop presents a new conceptual album developed as a speculative experiment and based on a hypothetical plant-life evolution in different planetary environments. It also considers the possibility that these new life forms reached advanced intelligence and technological development.

Interactions at the molecular level develop different forms of life from the simplest to the most complex. Life as we know it is based on carbon and developed under very specific environmental conditions, while largely adapting to its changes through evolution. But what could happen if some plant forms found the way to distant planets? How would they evolve and develop under very different environmental pressure? Other combinations are possible and therefore other forms of life are also possible. Plant-life could become something much more complex, developing into intelligent and beings if the necessary conditions and combinations were given to do so.

The album portrays those hypothetical and alternative molecular combinations in the form of songs. Exposed to different chemical elements, gravitational and environmental conditions, dormant genes and signaling pathways are activated and uncannily combined. And just like the molecular events, sounds are combined in different ways, whether simple or complex, to create songs that provide an artistic vision to that scientific concept that opens a hypothesis to other types of intelligence that are far from human and that could exist in the vast out there.

The conceptual part of this project has been done in collaboration and with the supervision of Meritxell Rosell, PhD in biochemistry and molecular biology.

INTERVIEW AND MINIMIX FOR THE BRVTALIST: https://bit.ly/3iUq0Nk